With Venice Architecture Biennale approaching fast, one pavilion will be missing. We talked to architect Gëzim Paçarizi.

Gëzim Paçarizi is agraduate of architecture at Geneva University, Switzerland on 1993. Afterextensive studies and visits on Le Corbusier and Louis Kahn, he has developed atheory of his own, which has been translated into many buildings. In 2002, heopened GPAA practice in Kosovo, in 2014 PHARC Architects in Geneva andPolitbyro Architecture Studio in Prishtina. He is the main contributor in therenewal of contemporary architecture in Kosovo. In this period, he has builtexceptional buildings and designed some of the most interesting projects inpost-war Kosovo. He has lectured in Europe and in the Balkans regularly. In2014 he was the Curator of the Pavilion of the Republic of Kosovo in the Venice Architecture Biennale. This was the third time that Kosovo took part in the LaBiennale and the second time in the Exhibition of Architecture. 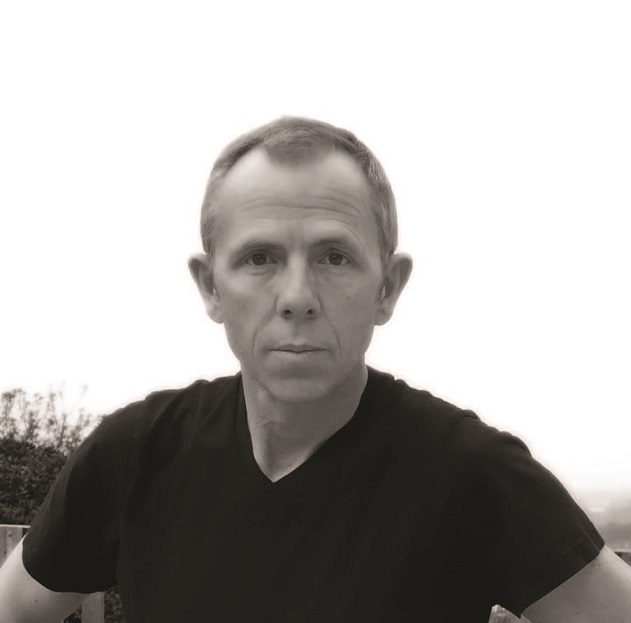 Could you define the role of the architecture?

GP: Architecture should make people’s lives better. It’s the main goal of architecture for me and of what I do. Everything we do has to be made in a way to improve the human conditions and our lives.

Which are the challenges of Future Architecture?

GP: For me, architecture is made from Content and Form. Content is very important. And I have a feeling that in the last years, with the internet and other visual platforms; the world of architecture is focused mainly on the visual part, on the Form, and not so much on the Content. For me the Content is the most important thing. We live in the Content, we use it every day… If we don’t work the Content, we will end up doing only Form, not Architecture any more. This is the danger! What we are trying to do – is not focusing on the image, but on the inside; we focus on people, we try to find a way to improve people’s lives in the buildings we design.

What are the main challenges of an architect in the Balkan Region and especially in Kosovo?

GP: I know the situation in Kosovo better than in Albania, I don’t know so much about Albania. In Kosovo, I am present for 12-13 year now and the situation is very difficult. There are a lot of problems, political, technical, corruption. There are many difficulties in the profession itself. It is difficult to be an architect in Kosovo, because we are mainly asked to design, but not to think and not to solve problems. We are asked to give shapes to the ideas of politicians and investors. This makes the profession difficult and a little bit out of our role.

What was the main element that represented Kosovo and the Balkans in the previous Biennale of Venice 2014?

GP: The theme of last Biennale was the erosion of regional architecture and the arrival of the modernity in the last 100 years. We made a retrospective of what happened in Kosovo in the last 100 years and we tried to pick up visions on how Kosovo changed during all these years. We came out with many interesting things, much more than we thought in the beginning, things that we ignored before. That shows it is always good, to search for things, deeply. We found that Modernity was imposed in Kosovo. The most interesting thing of the exhibition was that we managed to give a portrait of Kosovo’s architecture and urbanism in 100 years through the perspective of the architects, not the historians. This architectural portrait came out as something continuous, rich and sincere. The exhibition itself was very closely related to the visitors, and was well accepted and appreciated.

Why is Kosovo not represented in Biennale 2016?

GP: We haven’t received any official declaration from the government why Kosovo isn’t participating, so we don’t know. We think it’s a shame, because the last two participations were a success. We have shown that for a small country with very little financial support, that we are able to deliver two exhibitions that were as good as other best exhibitions of other participating countries. So we started a tradition of doing work, which could be one day shown in Venice. Be a part of a big family that comes to Venice and shows their views and exchanges with others. It is sad we don’t get to participate this year. I hope we will participate again in the years to come. It’s a political issue but I hope that the people making decisions are clever enough to realize their misjudgement.

GP: Architecture is the most important Art of all. It is an expression encompassing all human lives and human environment. We have to remember that it’s possible to make art out of practical demands. It’s seems contradictory at first but it is possible, even more than that, this is exactly the nature of Architecture.

Interview was conducted by Joana Dhiamandi from Polis University