Check out a fast, furious, and… glorious competition by TAW2016 to spark new ideas, debates, and thinking on architecture of Tirana. Deadline is 8 October! 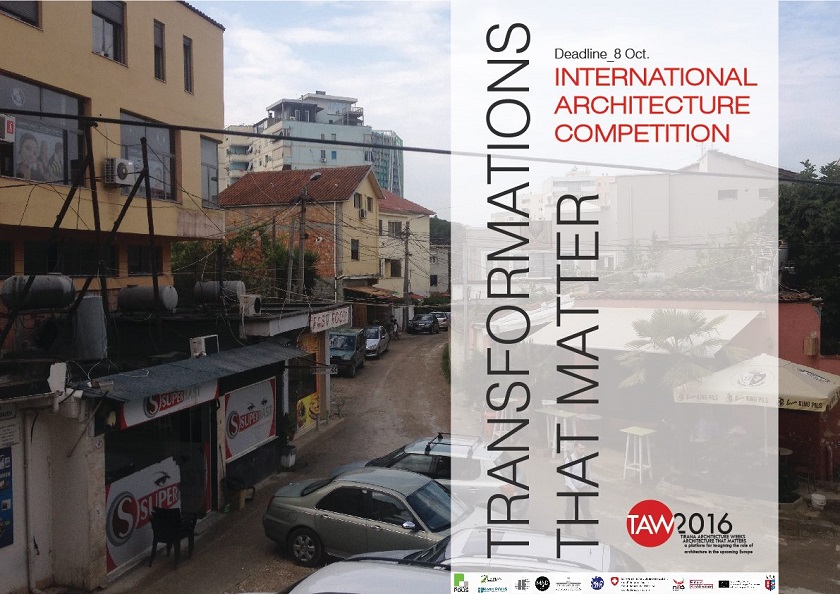 Tirana Architecture Weeks 2016 edition, architecture that matters, will focus on the intellectual cores of the discipline within a global and local perspective. This event, that already can be considered a tradition after 2 former very successful organizations, will last from the third week of September and will end gradually towards the end of October. TAW is an Institution which is working on the idea of transformation (at the architecture, landscape and urban levels), this time the aim is to create the conditions for a discussion on architecture and design focused on its specific relevance.
The contest focuses on one of the many recent urban patterns of Tirana city, whose traits are generally identifiable under the informal label. These features should be also regarded as a sign of vitality and as the result of the recent history of the city. Tirana’s layers, although passed through several traumatic moments, are still extremely visible and can reveal the specific sensitiveness of the people in their dwelling choices.
The contest aimes to assume one of these patterns as the focus of an architectural/urban transformation. Since the idea is to insist on a free reading of the city, a design operation conducted according to the same criteria is necessary. Entries should be capable to underline the underlined, to propose idea that can be as much realistic as utopic, with the concern of the existing or without any respect of it.
You can apply a program of activities inscribed within a narrative and a transformation of the proposed area. The transformation of the area is completely free, although it should matter, which means it should create a proper sense within the narrative proposed. Each category of intervention from a total demolition to a more based preservation approach is permitted.
This is a fast, furious, and… glorious competition. It is not about rhetorical operations, it is more about ideas, debates, and thinking.
The competition closes on midnight of 8th october 2016 (GTM+1).
Read more about the contest and how to apply!