Find out more about the idea of green alternatives mixing ruins and public spaces that enables a new botanical landscape to rise in the ruins of the post-industrial city. An article by Eduardo Corales from Portugal. 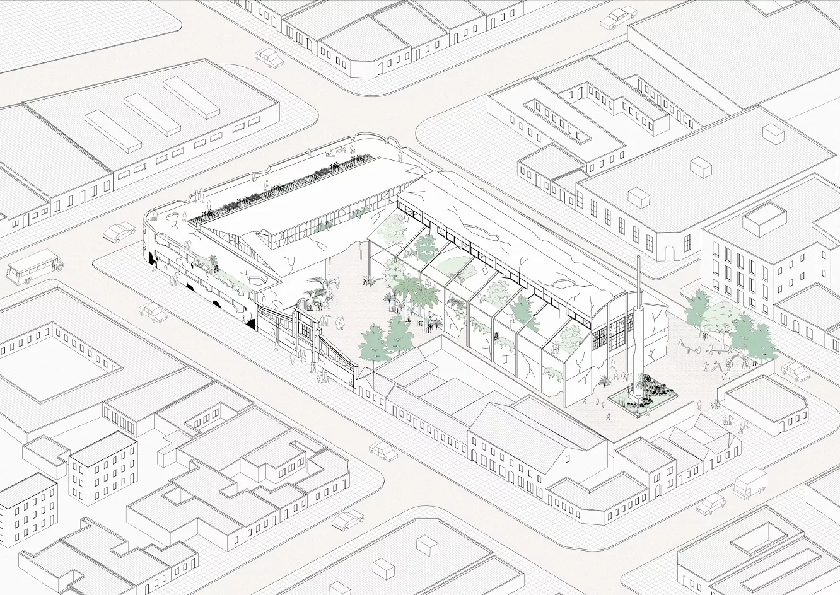 Throughout history, industries have been colonizing agents of a territory that in the short term will pass from margin to centre. This strategy, which responds to the logic of not disturbing, comes into conflict, when the city grows and encompasses new territories that decontextualize the industrial core of their original productive role, turning them into decadent centres and form new ruins in ours cities.

The idea “Industrial parks” reorganizes the correlative relation between periphery - industry - city under the logic that benefits the integration and cohesion of the territory - an attempt to retake the industrial vestige as an element of identity and collective belonging, including their inventory and registration as a form to contribute to the built heritage of the city. These industrial ruins must be rethought as a public space that in its architecture incorporates nature and playgrounds, allowing occupation through plants that form a new botanical garden of free access, using the notion between ruin and its fetishization.

In 1830 the Chilean government hired the French naturalist Claudio Gay to undertake a scientific journey through the country, with the mission to studying the natural history of Chile and contributing to the country's industry, commerce and administration. From the year 1844 Gay started the publication of his work called Atlas of the Physical History and Politics of Chile in 29 volumes that contained history, botany and zoology. It was through two volumes of images that Claudio Gay was recognized as a versatile and talented engraver that captured images of native people, landscapes, popular characters and botanical species hitherto unknown. 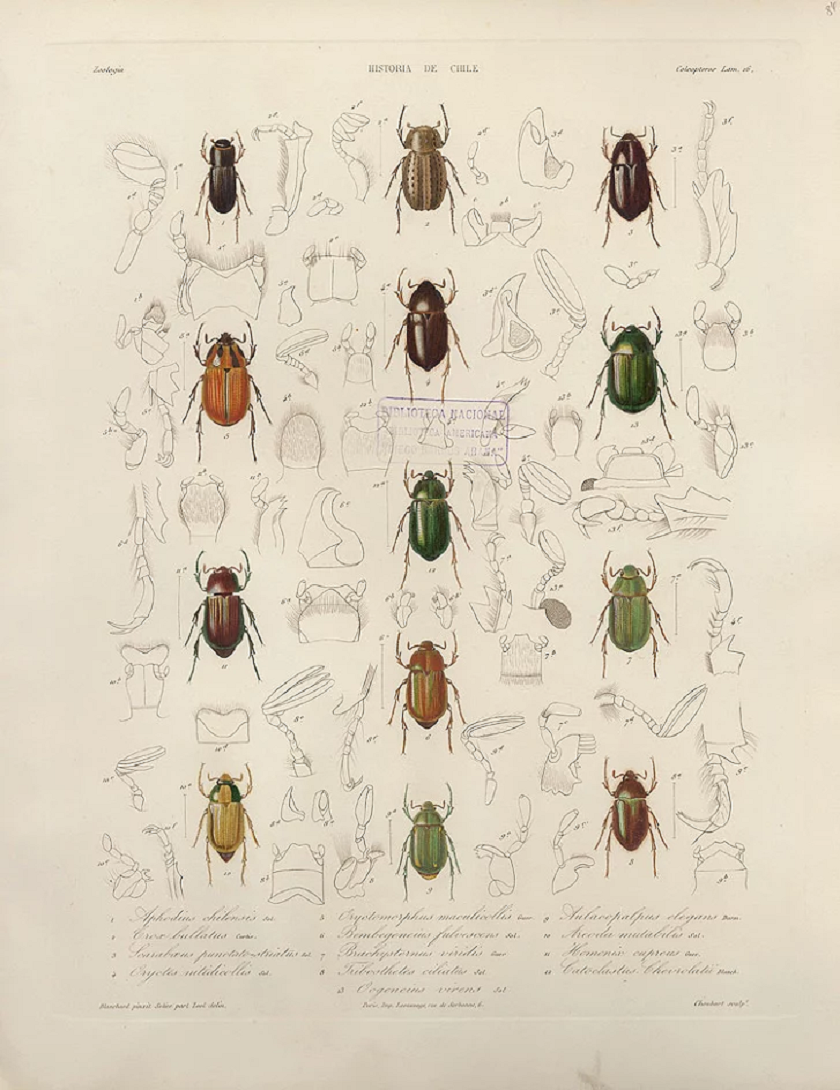 Claudio Gay, Atlas of the Physical History and Politics of Chile, 1854.

One of the main reasons for the registration of industrial infrastructure is directly related to understanding these elements as part of a system in danger of extinction and therefore threatened to not be understood as part of the built history of our territory. Its scarcity and its rapid disappearance of the built imaginary places them in a list of endangered species, before which the register emerges as a starting point for its correct management. 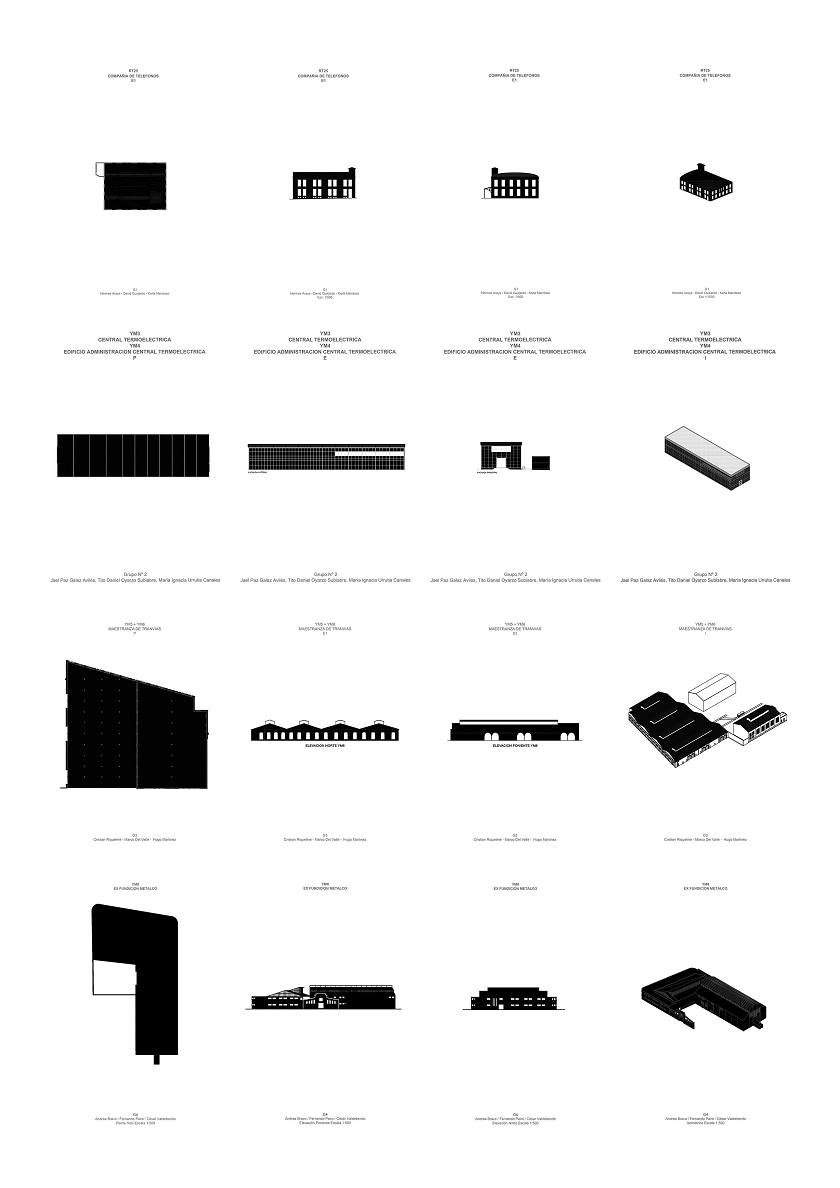 The objective of registering is that it allows us to know what we loses when things disappear, since the record could inform us, for example, being present at the last of these cases (or species) or a family of buildings that share a common root, whether from architecture, occupation (peaceful or violent) of territory, extractive or technical system, among other variables. 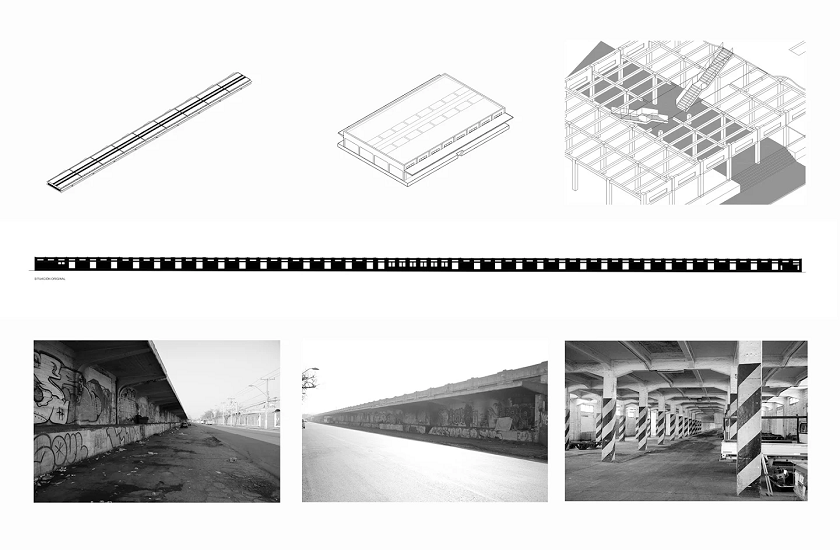 Faced with the scarcity of our industrial landscape with patrimonial value and its rapid disappearance, we understand that the tools of representation of architecture are key to have graphic documentation that helps to study and diffuse such infrastructures.

Generate a database of industrial ruins is the first step to understand the vacancies that the city has and the possibility of valuing its built heritage. 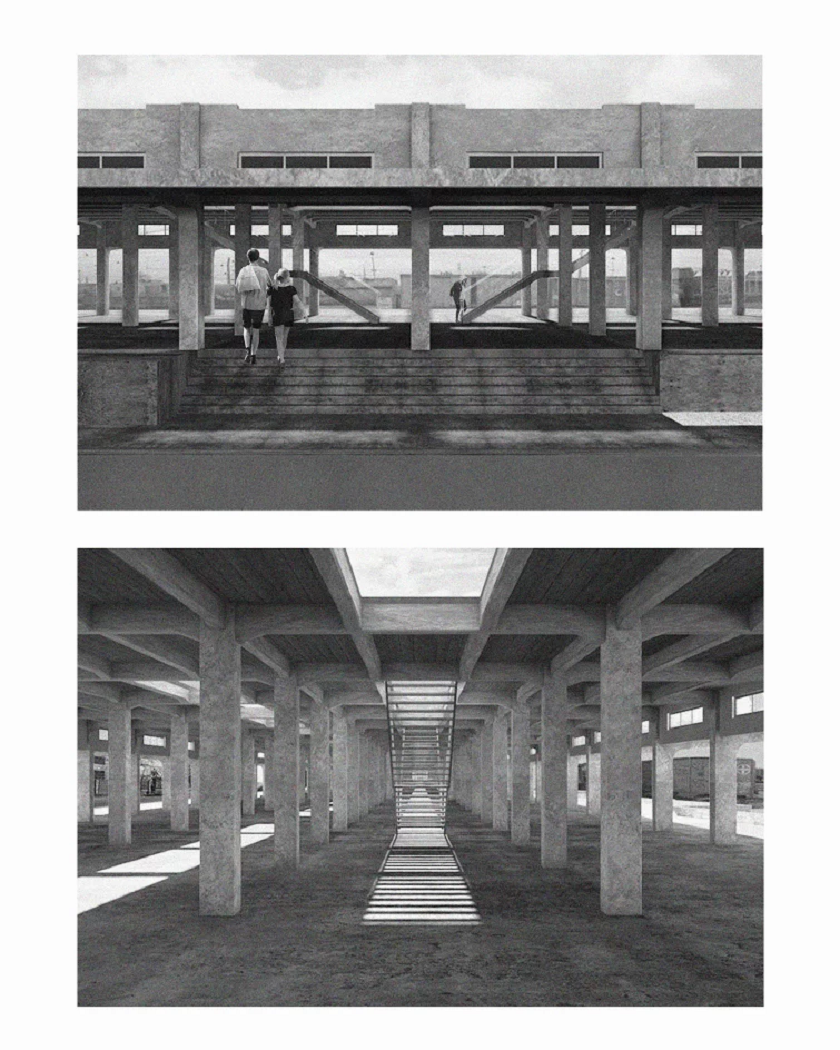 The origin of the project involves, on one hand, a registration of the existing industries in the cities, in order to have a complete map of the situation and possibilities of hosting projects of different characteristics, while on the other hand an identification of conflicts and demands of the territory’s inhabitants.

As part of the housing policies promoted around the world after the first industrial revolution, housing and basic services of the company towns in which the working-class lived were built around a centre of activities - the factory. Being built close to the industries, they followed a pattern that facilitated internal displacement and communication between them. Few of them had green spaces or leisure areas, since all this space was used for the implantation of new industries or to extend the existing ones.

In our idea we propose to re-equip these “industrial prexistences” with the basic infrastructure that guarantees their occupation, yet still keeping the machinery of their productive past and making this ruin a neutral field of operations, where the basics of the intervention helps  to improve the relationship between users and a new ecosystem. 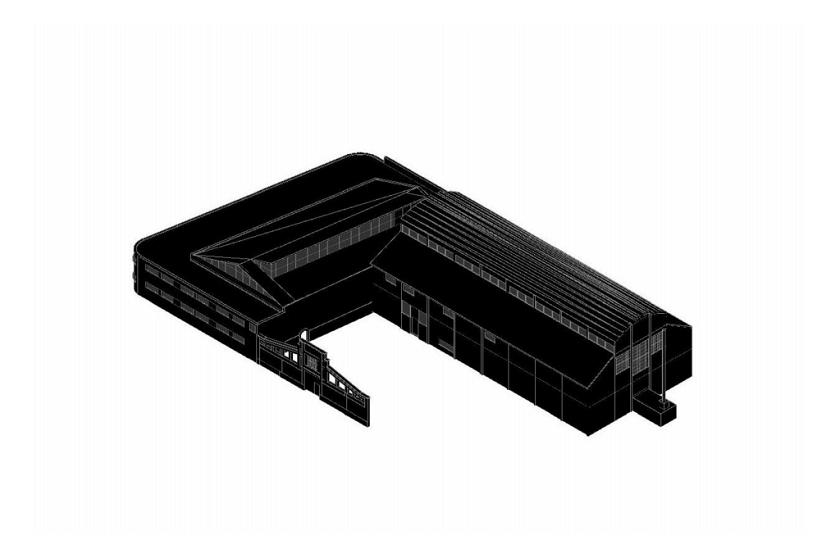 The project operates in abandoned industrial structures that have not been able to adapt to the pace of time, nor were taken over by local governments (either for resources or by negligence) and were the origin of emblematic areas of the city now appearing petrified against the growth that leaves them obsolete. Their destiny is in check, because they have no alternative features that could relate to a user, with new interests and new needs. 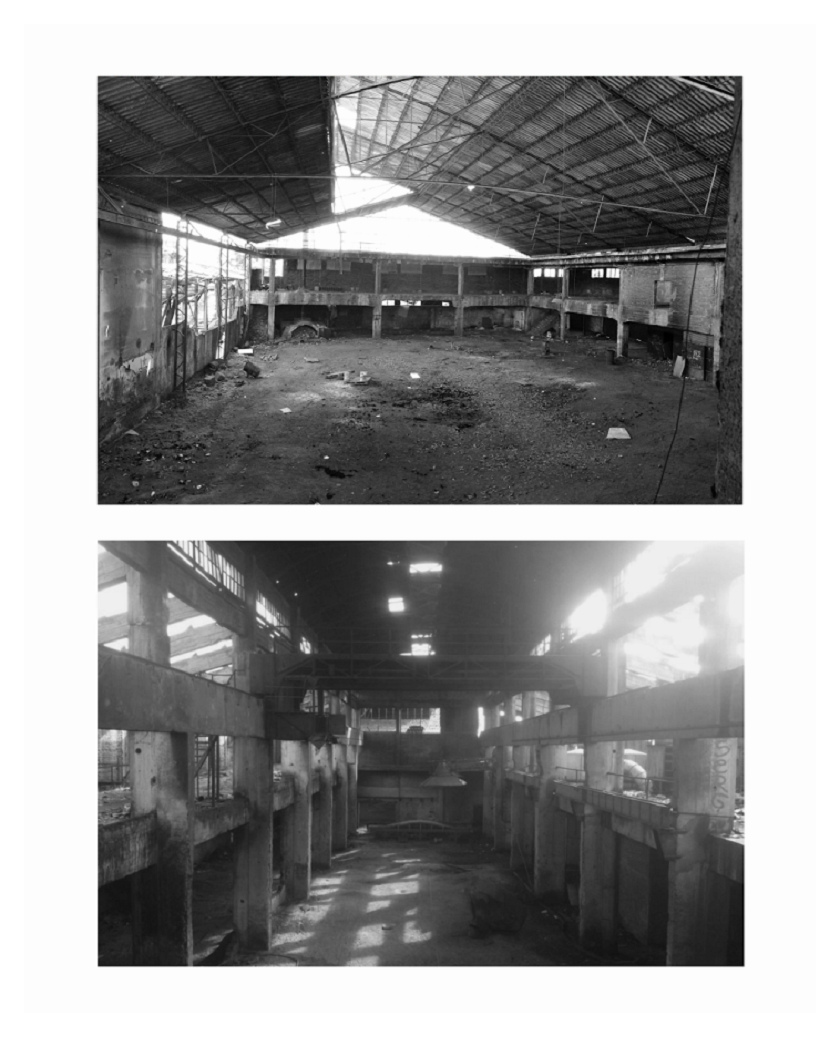 The character of ruin gives way to new inhabitants and species – they open their own way by empowering themselves with the remains without asking permission. We understand this as an exercise of appropriation and revindication, transforming an ex-industrial infrastructure (with all the negative components that this entails) into an agent of integration and new common place for the city. 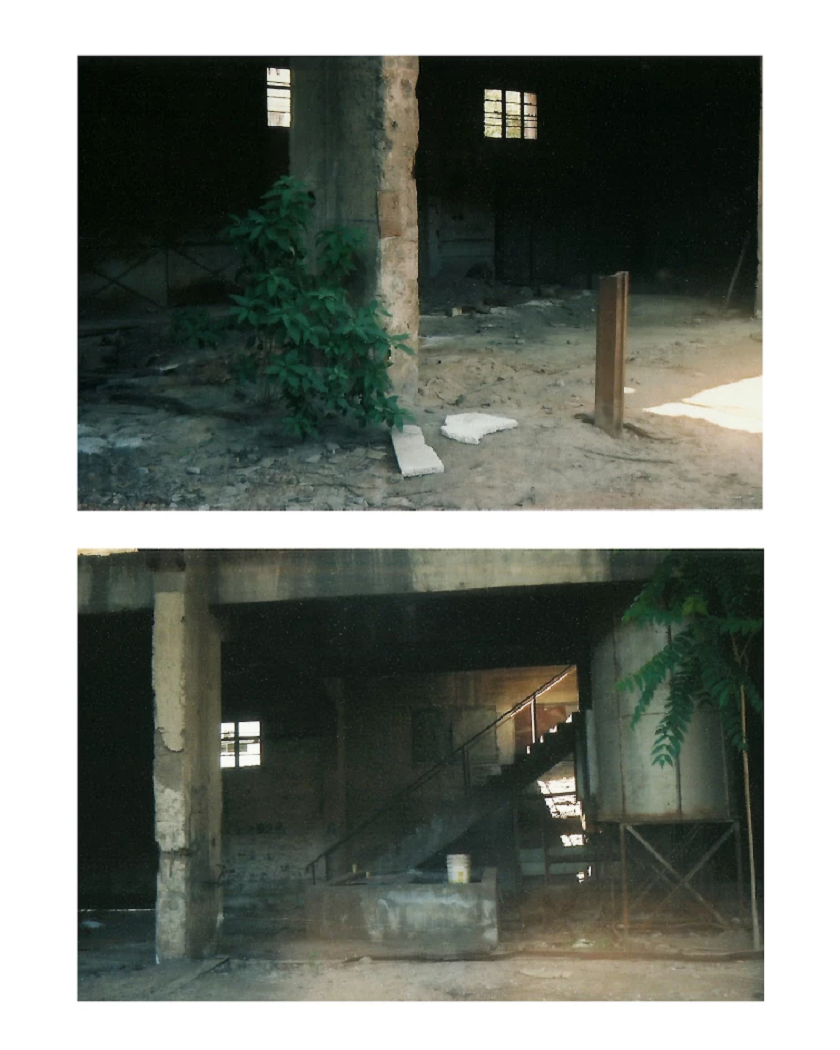 Through a system of micro-squares and botanical gardens, the project aims to occupy (temporarily or definitively) conflictive spaces in neighbourhoods that have a heavy industrial component, returning what once was a productive centre, back to the territory and its communities in the form of a new playground for public use. This may also partially compensate a social group that rarely can count on green and recreational areas.

Altering its productivity based on a new ecosystem, in our project we seek to return to the space what once belong to it, counting on time and climate to do the rest of the task. And the main task is to revindicate spaces in conflict representing values and systems of life differentiating from today’s society that claims them. This is done in a concrete act allowing to generate a desire that later becomes a demand, putting in discussion the role of market- industrial power and the will of communities and working class that inhabits the immediate space to these productive places.

Through this “exercise” we intend to establish a divergent point between the demolition (and subsequent reuse of the ground of these infrastructures) and the preservation fetish of industrial pre-existences - destinations that can clearly be reviewed and reinterpreted in the light of the values embodied by these structures.

Learn more about Eduardo and his idea Industrial Parks.