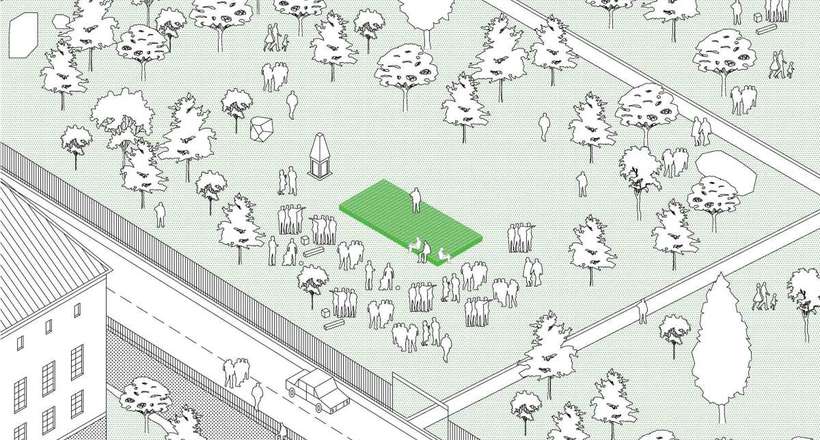 A constellation of micro-interventions within Nove Fužine

MAO presents Common Places, a commissioned project by Chilean-French architecture office Plan Común and the Portuguese landscape architect Tiago Torres-Campos. Common Places is a series of brick constructions located in Nove Fužine, a part of Ljubljana where MAO is situated. Chek out the photos from the opening! 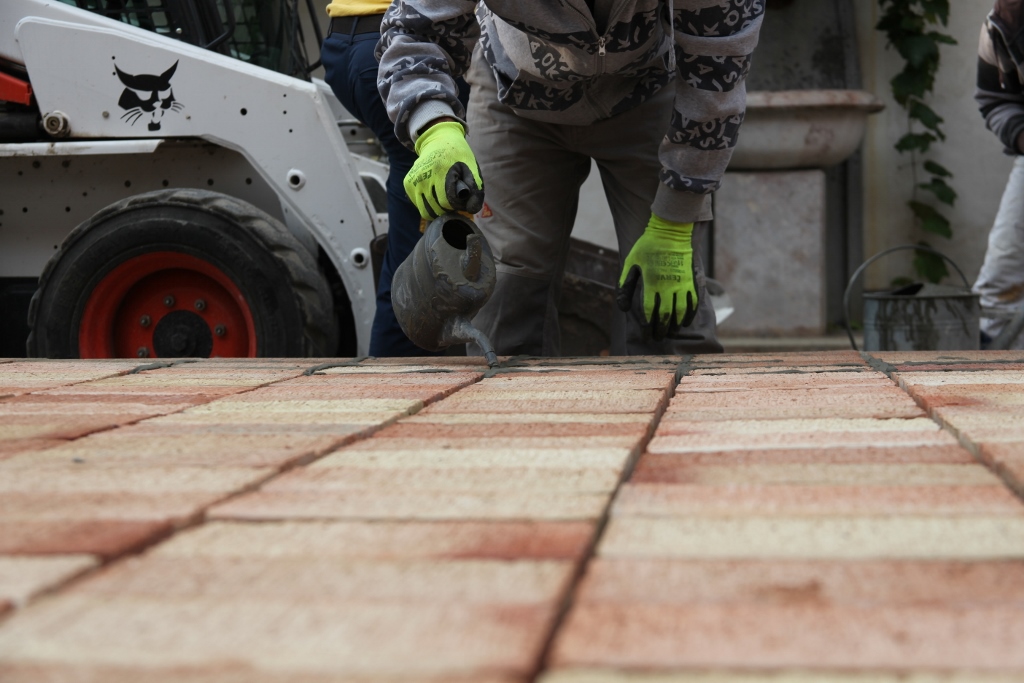 Plan Común and Tiago Torres-Campos have designed five multifunctional plinths, which are strategically positioned over the entire neighbourhood: in the museum courtyard, along the river, in the historic garden, in front of the community centre and behind the famous city bus stop, designed by Saša J. Mächtig in the 1960s. The plinths build, encourage and reinforce different uses of public space and create specific relations with the surroundings. They intend to become platforms for contemplation, meeting points, stages for events, concerts or lectures, or simply structures on which to sit and enjoy the communal life of the neighbourhood. In order to encourage passers-by to think about these spaces, Slovenian writer Goran Vojnović wrote short stories about the selected sites in which he reflects youth in the neighbourhood.

The limitations inherent in the project, in terms of timeframe, administrative work and budget, have been transformed into opportunities that concentrated the constellation around the easternmost urban enclave of Nove Fužine and MAO. This allowed for a more focused, even precise set of decisions on the interventions and the public space upon which they act. 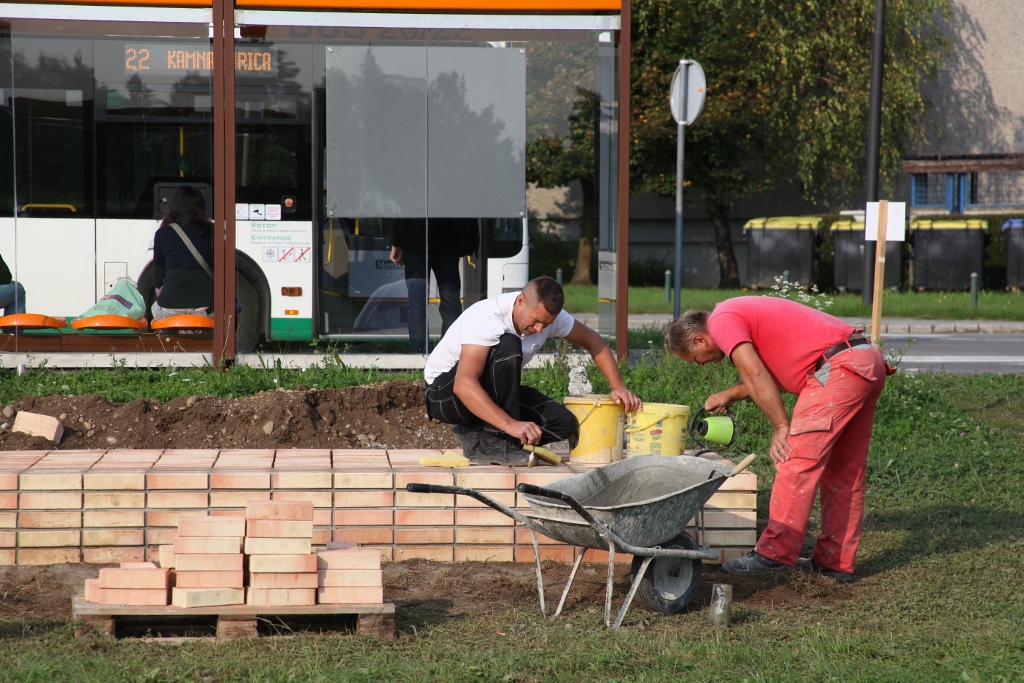 The neighbourhood Nove Fužine was built in the 1980s in the eastern reaches of Ljubljana close to the Ljubljanica River, and is today home to some 18,000 inhabitants. Instead of producing a pavilion —a typology over-exploited by contemporary architecture—the authors conceived a constellation of public space micro-interventions related to built environment or pre-existing natural conditions within the Nove Fužine housing neighbourhood. This organized system aims at upgrading a series of common places identified on site by forging meaningful connections with their respective histories, spatial attributes and atmosphere, their cultural role within the structural public space, and social relevance within the community. By working closely together as a constellation, the interventions also make a gesture toward developing a distinct relationship between the museum’s public grounds and its surroundings in an effort to strengthen the connection and encourage unexpected encounters between the local residents and visitors to the museum. Upgrading also becomes an experience, one of expanding the energy of and synergies between the neighbourhood, MAO and BIO 25, as well as promoting to different types of both general and more specialized audiences. 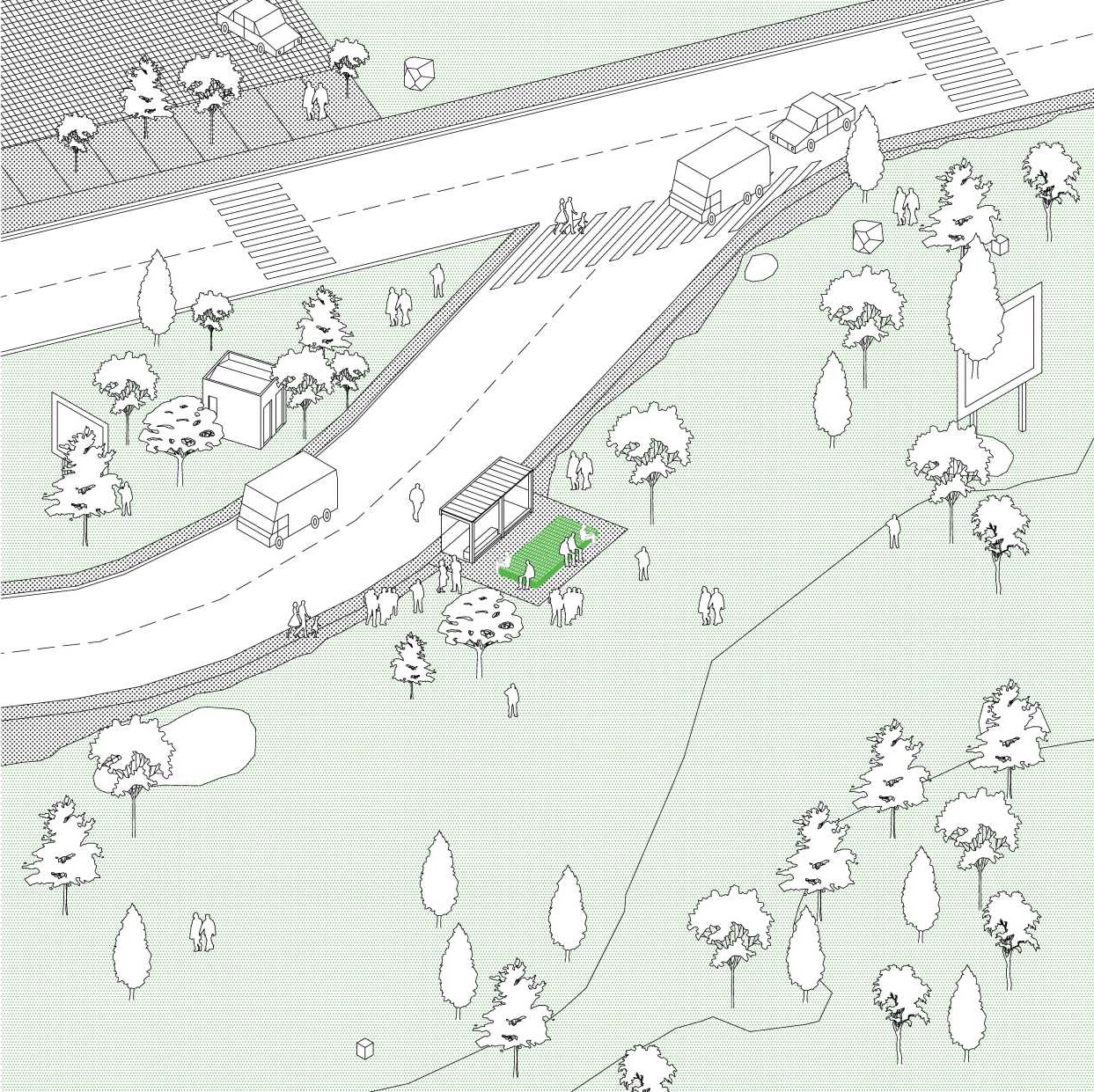 Check out the map of plinths>>

The opening of the exhibition will coincide with the kickoff event for 25th Biennial of Design: Faraway, So Close, also organised by MAO and curated by Angela Rui and Maja Vardjan.

Authours
Plan Común (Felipe De Ferrari, Diego Grass, Kim Courrèges and Thomas Batzenschlager),  is an architecture office founded in Santiago in 2012 after 6 years of debate and editorial production within OnArchitecture. Plan Común proposes formal strategies to maximize and strengthen the character of public or shared space, understood as a key aspect of architecture regardless of its scale or program.

Tiago Torres-Campos is a Portuguese Landscape Architect and Lecturer at the University of Edinburgh. His activities bridge between practice, research and teaching, and his work has been awarded and published internationally. With interests in landscape, modes of representation and digital and social media, he is currently doing a PhD in Architecture by Design where he investigates the applications and implications of designing time in landscape architecture. He is the founder of CNTXT Studio. 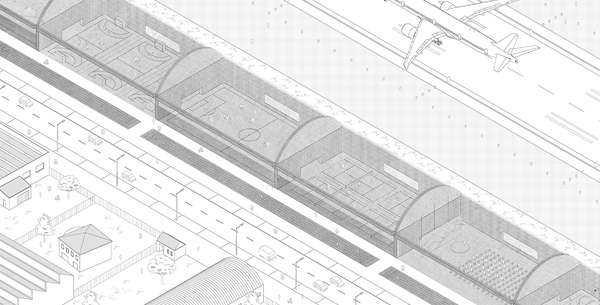 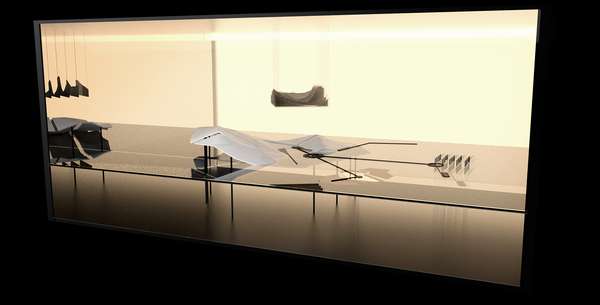 Landscapes for the Anthropocene

We, humans, have become a geologic force of change, but we struggle to grasp the consequences of that. These projects investigate potential dialogues mediating networks of humans and non-humans.