The Future Architecture Library is an open digital platform to promote editorial production and cooperation activities between FA platform members. Along the coming 2021 cycle the activities of the FA library will support the work of 23 emergent creatives and will include two publications, one co-production, and a virtual book fair: 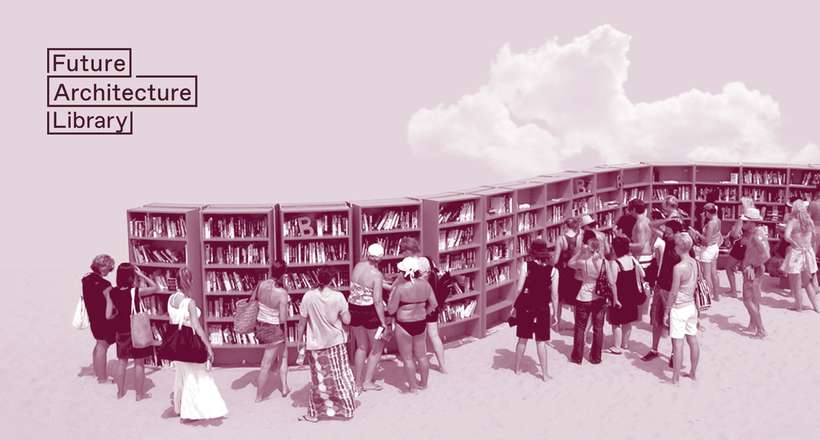 The Future Architecture Library is an open digital platform made to promote editorial production and cooperation activities between FA platform members. Throughout the coming 2021 cycle, the activities of the FA library will support the work of 23 emergent creatives and will include two publications, one co-production, and a virtual book fair:

Following the space of debate we opened at      Future Architecture Rooms, for this cycle, our first publication will constitute a meaningful discussion about the inclusiveness of FA’s cultural activities and how the projects submitted by emergent creatives reflect the diversity of the EU in particular and the world in general.

For this purpose, we will give in the role of editors to new voices coming from emerging creatives. We will rely on the FA Open Call to encourage applications of editors from under-represented groups in the landscape of critical thinking (Black, Latino, Asian, LGBT ). The editor(s) will have the task of critically reflecting on the nature of FA’s cultural projects and the work of 14 selected emergent creatives from the FA Open Call, under the optics of transversality and inclusiveness in times of pandemic challenges, politically promoted polarisation and emerging far-right rethorics. Taking care of multiculturalism is key to strengthening cohesive and reflective communities, to foster conviviality through dialogue, and to promoting social inclusion for all people, regardless of their background.

In this EU scenario, Landscapes of Care will constitute a self-reflective work of Future Architecture’s actions towards inclusive contemporary societies.

Open Call and selection of a young writer who will produce a book with a totally original narrative featuring the work of six emergent creatives that respond to the FA Open Call.

Publication: October 2021. Emergent creatives supported: The ones supported by the FA member.

One emergent creative will be selected to make a curated selection of the latest relevant publications in architecture. Featuring publications from key architecture and design publishing houses, new outcomes by FA members, and outstanding editorial initiatives by emergent creatives and FA alumni. This selection will be hosted in a temporary bookshelf in the Future Architecture Library and promoted by brief virtual conversations, performances or readings around the books,  taking place in the FA Lounge Room space.