Miloš Kosec will deliver the forth in series of six lectures in Oris House of Architecture as part of the Future Architecture Platform. 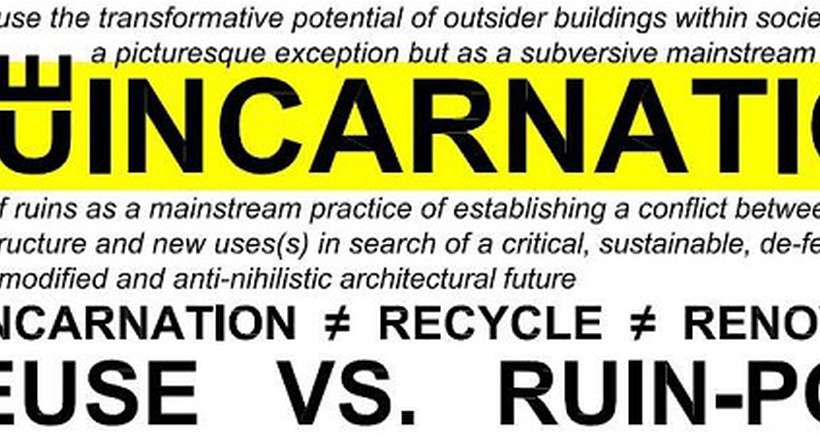 The lecture will explore the historical differences in attitudes to ruination and decay and propose possible grounds for reinterpretation of post-industrial architectural function and form through reclaiming and reuse of decaying and ruined structures.

Miloš Kosec is a practicing architect, editor and writer. His book »Ruin as an Architectural Object« was awarded with Plečnik and Prešeren awards was published in 2013. His research and practice focus on architectural history, political and social aspects of architectural design. He is a member of the editorial boards of Praznine Magazine and Outsider Magazine. He has been participating on a number of national and international competitions and conferences.