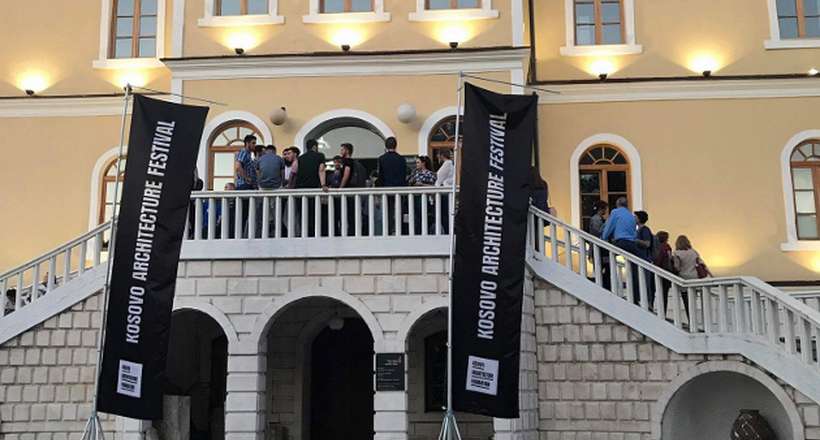 Previously known as Prishtina Architecture Week, now  Kosovo Architecture Festival will continue its format from a concentrated 2-3 week event to one festival that covers all mayor cities in Kosovo.

This year’s edition of KAF will go under the theme „Written Architecture“ aiming to exchange experiences between local students and local artists, designers and architects with their co-professionals from Europe and beyond. KAF this year will address the problems of Written Architecture, or better to say the lack of architectural literature, theory as well as criticism  in academic discourse in our architecture schools.

Rich programme of events in cities such as Prishtina, Gjakova, Peja, Prizren, Mitrovica and Ferizaj will feature 14 lectures, 6 workshops, 1 urban intervention, 1 exhibition, 5 screenings and 1 film premier, as well as exhibitions.

KAF will, for the first time, organize a book salon with dpr-barcelona, Actar, Mies van der Rohe Foundation, UrbanNext where a numerous of architectural books are going to be promoted during the Festival. (KAF is still looking for book donations!) 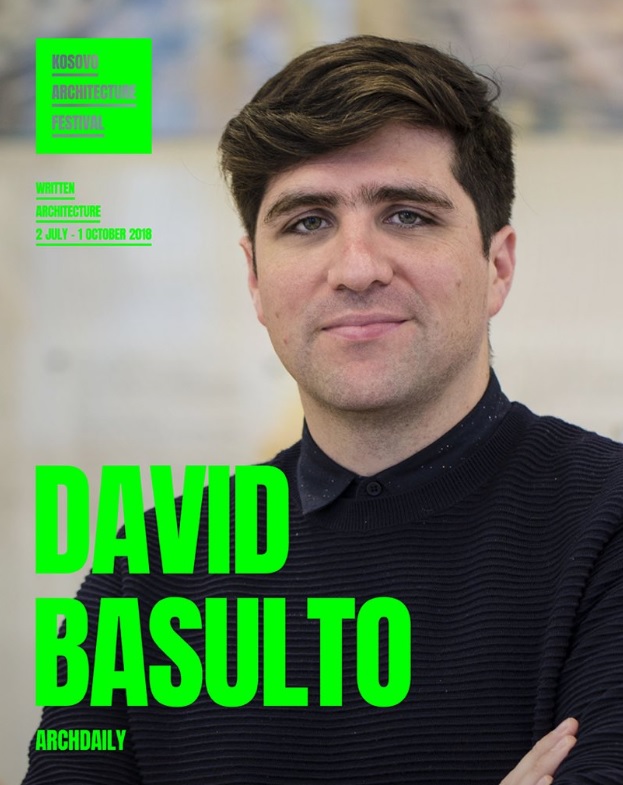 David Basulto (Archdaily): The Value of Architecture in the Internet Age
12 Sep 2018, Prishtina
ArchDaily is an evolving project of the Internet – an experiment in archiving, disseminating discourse and sharing content related to architecture and urbanism on a scale that was not possible as little as two decades ago. Since its founding in 2008, it has operated based a single mission: to bring knowledge, inspiration and tools to the people who are, and will be, designing the urban centers, which will accommodate our planet’s (exponentially rising) population. Most importantly, ArchDaily is continually connecting people from around the developed and developing world by building a platform to ensure that important discussions are available to the widest possible global audience. In this context of the global hyper-urbanization, ArchDaily operates as a start-up, applying a scalable mind-set to its mission. in his presentation, founder and director, David Basulto will talk about how to build an architecture start-up, the meaning of globalization, identity, consciousness, and the necessary redefinition of the architect’s role. More. 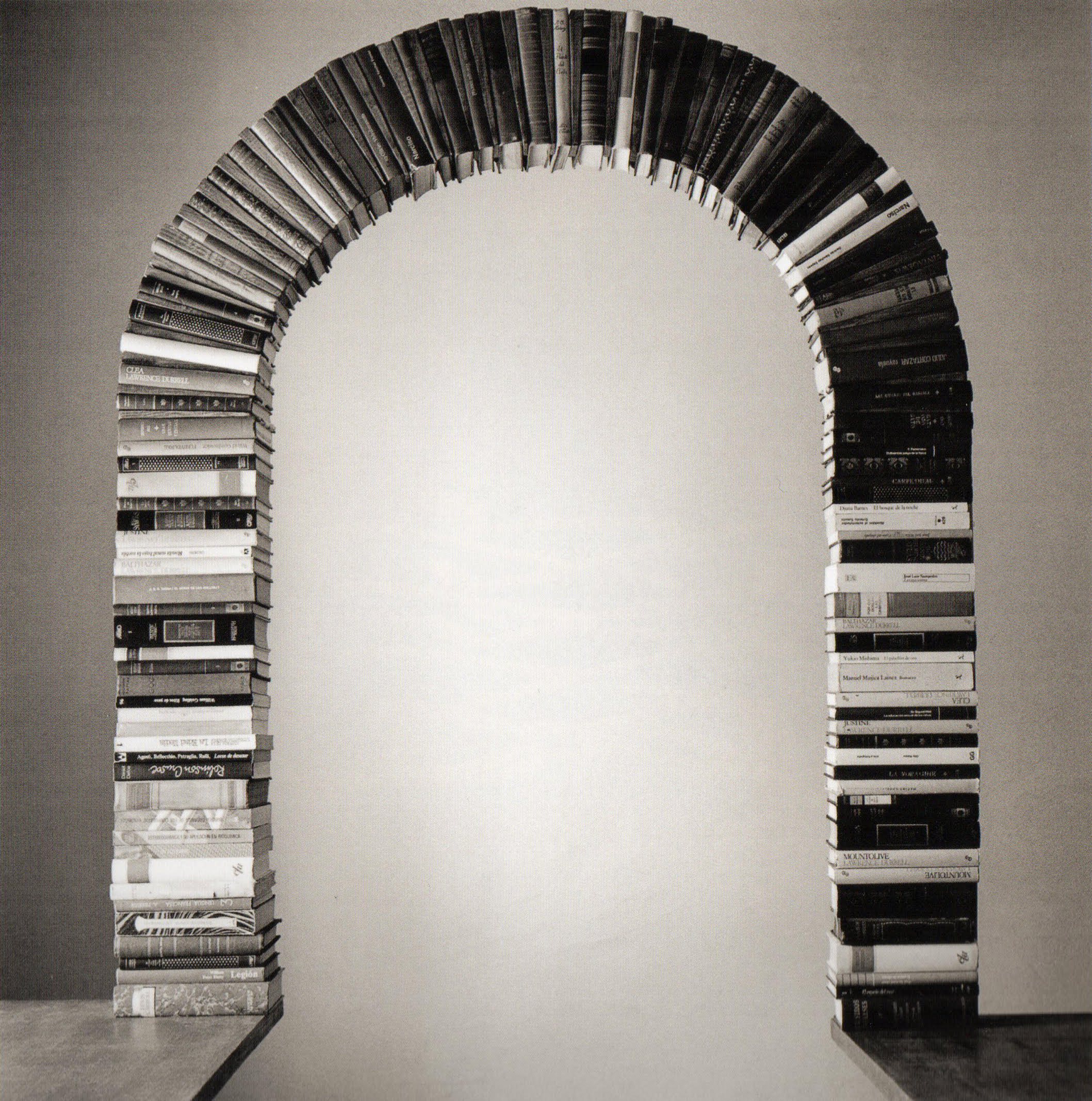 Increasing Accessibility in Perceiving Architecture by Babau Bureau+EB
The workshop taking place between 2 and 6 July will investigate how architecture is communicated and perceived. Designers usually make use of drawings like plans, sections, facades, etc. These materials are an universal language, but they are technical and not always totally accessible to people. This generates communication difficulties between architects and people. Over time, tracing signs on the ground is the basis of the modification of landscape. In many culture this act has become also the beginning of many games (“campanon”, tennis, soccer, bowling, etc.). This activity defines a way of occupying the space, introduces new rules of movement, observation, behaviour and perceptions. Tracing back to the fundamental rules which generates perceptions, the workshop aims to bring people closer to the language of architecture and at the same time allow to the architects to develop and experience others ways to communicate. Babau Bureau will hold a lecture on 3 July. More.

Parallel Sprawl / Learning from Pristina with Ivan Blasi (Mies van der Rohe Foundation), Agustín Casalia, Katarina Dacic, Valentin Kunik, Guillaume de Morsier (KdM), Charlotte Maltherre-Barthes (ETH Zürich) and Ibai Rigby (urbanNext)
The aim of the workshop from 2 to 13 July is to create a detailed analysis of the most characteristic typologies of suburban habitat encountered in 5 different neighbourhoods of Pristina, as well as the uses of its public spaces strictly by using tools specific to the architectural profession (drawing, collage) and others (photography, film, story-telling). The work will continue with the proposal a series of quick actions or urban recipes that could cheaply improve the living conditions immediately after the workshop ends. Finally, the students will be asked to create a speculative scenario that helps bring together the communities around a shared vision for their future. On 6 July Ivan Blasi will also hold a lecture. RESULTS OF THE WORKSHOP. 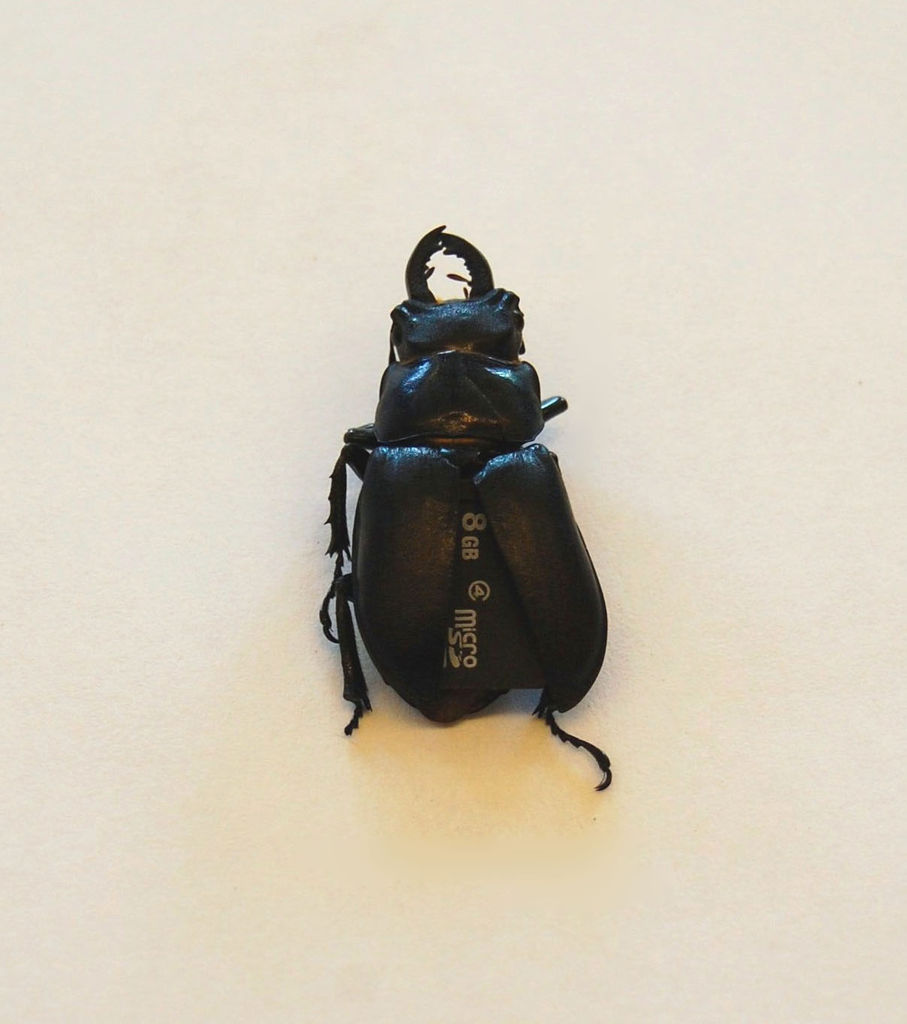 A Thousand of Fragile Archives by dpr-barcelona
The workshop ‘A Thousand of Fragile Archives’ on 5 and 6 July will reflect on the kind of the information we share, and the value given to the data we finally keep and guard. Attendees are asked to bring five JPEG images and their corresponded captions, with the solely condition of being what they consider their most valuable archives, in order to build a collective portrait of architecture and design examples corresponding to Kosovo and the rest of Balkan region.
The Workshop will reflect on the ephemerality of the devices and formats we use to keep information, and the tools we rely on to reproduce it. Images can be owned by the workshop attendees or correspond to some other person or institution, irrespective of its rights of reproduction. The workshop working tool will have an active agency in intervening and modifying the result, which can take the form of a printed or digital format, perpetuating the fragility of its nature. Don't miss a lecture by Ethel Baraona Pohl and César Reyes Nájera on 6 July! More.

From Images to Objects by Fala Atelier
Architecture is inevitable without images. It’s a tool to conceive, study and display the project, a way of defining and describing its spatial complexity. Image is as dense with contents as any text. Architects make buildings, and eventually they make drawings of buildings.
As we try to develop our language in architecture, we do the same with images, shaping our own theories of compositions, compiling libraries, attempting to make order out of disorder, rethinking our own vocabulary and tracing its transformation. The drawing itself becomes a medium that defines your identity as an office. The images reflect the architecture and the architecture reflects its images. At some point we don’t even know where one starts and the other ends.
Each image of a space tells a short story. They are portraits of possible buildings, street facades and backyards, living rooms and bedrooms, with their carefully staged compositions and elegant experiments on playful rigor. Our own little theatre of representation. The workshop on architectural visualisation will take place between 5 and 7 July. Lera Samovich from Fala Atelier will hold a lecture on 5 July. More. 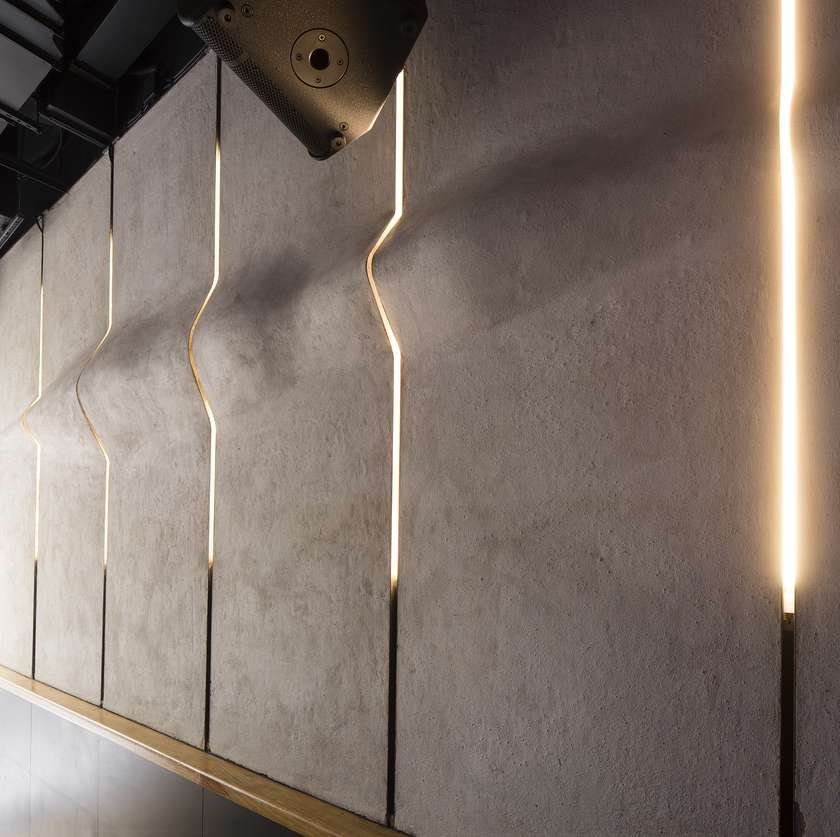 Want to join a workshop at KAF18?
Please send a short CV to media@prishtinaarchitectureweek.com by the 25th of June. 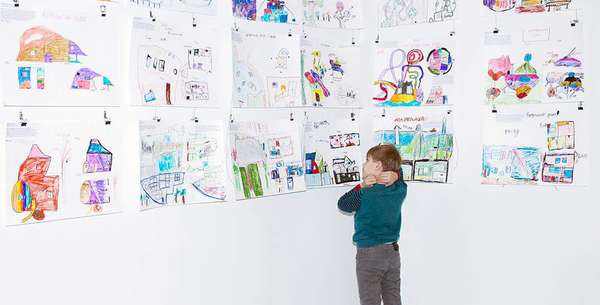 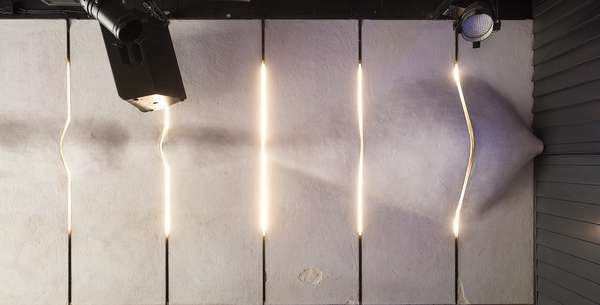 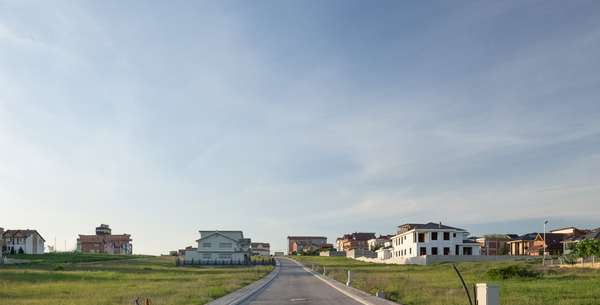 With city centres under pressure through tourism and global capital the future is rethinking sprawl. 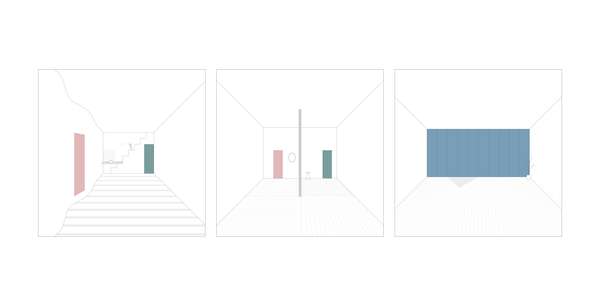 The School of Tourism

Architecture without clients, the 'no-home' condition and life as a perpetual tourist. 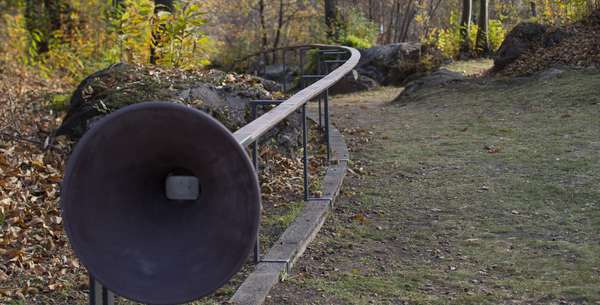 We can’t measure reality only through our presumed normality. Reality is so elusive, we need new ways to perceive it.

Kosovo Architecture Festival, the largest event of its kind in Kosovo with more than 40 individual activities in numerous cities in the country, is looking for volunteers!