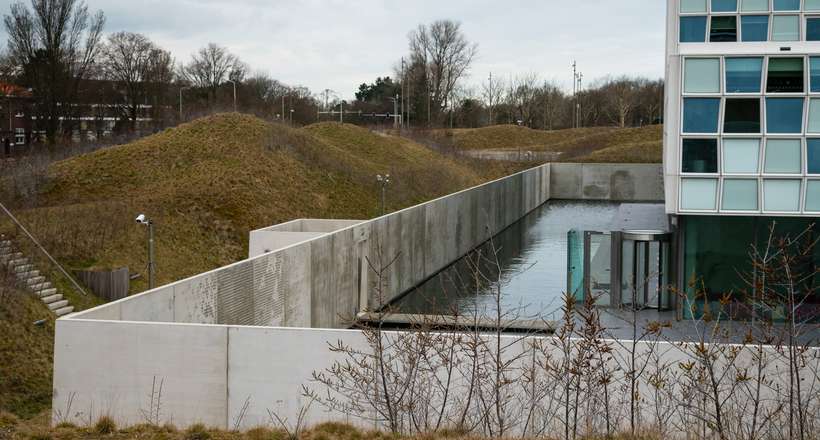 Landscape has always been a project for colonial powers. From land reclamation in the Dutch polders in the 17th century, to the recent afforestation of the Negev Desert, the creation of landscape - and of the notion of nature - has been used to identify the imperial expansion of Western culture and civilization as a natural and neutral phenomenon. As colonialism has continuously acted to engineer it, landscape was not only a weaponized architecture, but also the signifier and render of economic, military and cultural norms.

Green Offshores explores these notions by looking at the connection between war and some iconic landscapes of The Hague, the UN’s city of peace and justice. The narratives by which the Dutch capital has defined itself since the 19th century highlight its urban and economic development in relation to international diplomacy and peace - yet the city's prosperity has been connected to colonialism and its metamorphoses from plantations in Java into security and defence businesses. The gardens surrounding the Peace Palace, built in 1913, and the International Criminal Court, built in 2016, are the entry point into the dual narrative of the city.

While they represent two extremes, both chronological and conceptual, in the evolution of international Peace and Jurisdiction, their design and materiality testify to the cultural influence of corporations and warfare on the spatial representation and performativity of these concepts.

On the one hand, the garden that surrounds the Peace Palace was designed as an ultimate symbol of peace and neutrality. To decorate it, architects used what they considered “peaceful plants”: species with no thorns and small leaves, which allowed light and air to flow, and avoided shadows. Among the flowers used were also rare specimens brought to the Netherlands as a result of imperial wars in South East Asia. While representing a space of peace, these flowers simultaneously symbolized Dutch colonial wealth coming from antimalarial production and military occupation of foreign territories.

On the other hand, the landscape that surrounds the International Criminal Court was designed as a model of democratic architecture. By replicating the typical Dutch dunes panorama, the architects weaponized its natural features to create a highly militarized landscape. The dune heights, the plants, the bushes and the trees typologies function as means of surveillance and terrorism prevention. Nature is employed and designed as a risk-reducing urban landscape, while providing security in a peaceful, pleasant and ‘transparent’ way.

By tracing the relation between planning and ideology around these two landmarks, the lecture unveils the military economies, technologies and territories connected to these landscapes and reveals the ways spatial narratives of Peace and Internationalism have been involved in the propaganda of colonial and neo-colonial forms of domination. 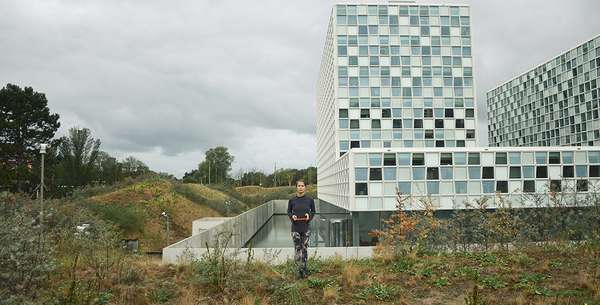 An exploration of the (neo)colonial economies connected to the spaces of international justice.