On making a field guide to surviving the future of architecture
Sophie Lovell, George Kafka and Fiona Shipwright 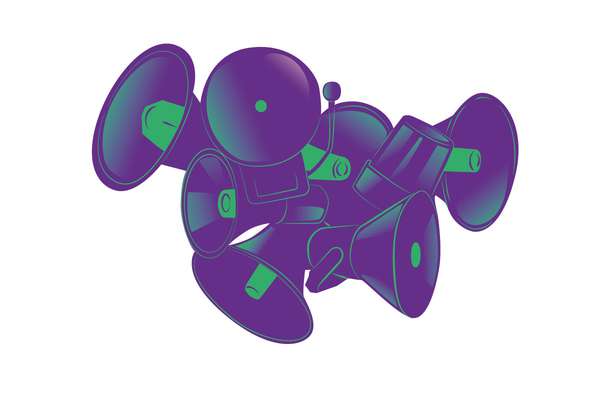 The Future Architecture platform and the Archifutures book series that accompanies it were set in place to address “ideas about the future of cities and architecture”. The fifth volume of Archifutures edited by &beyond and published by platform members dpr-barcelona, is provocatively titled: Apocalypse:  A field guide to surviving the future of architecture. In it the editors take the position that the apocalypse is not an imminent event, it is already here – and we are experiencing it right now. This is an extract from the introduction to the book:

We live in challenging times. There is no denying that portents pertaining to the “end of the world”, in which we are all threatened by the impending cessation of our existence, are writ large, and that the environmental threats to our planet are overwhelmingly real and extensive. The exclamation “The apocalypse is coming!” is no longer just the preserve of cranks, doomsayers and the pessimistic. However, “the apocalypse” – usually understood as a radical change, after which things will never be the same – is actually an insidious process, not an event. There are communities facing and dealing with apocalypse on a day-to-day basis right now. These communities are resisting, they are adapting, they are surviving as best they can. Despite the implied drama of “apocalypse”, the reality is actually far more mundane and surviving it is not about building bunkers, it is about building resilience. 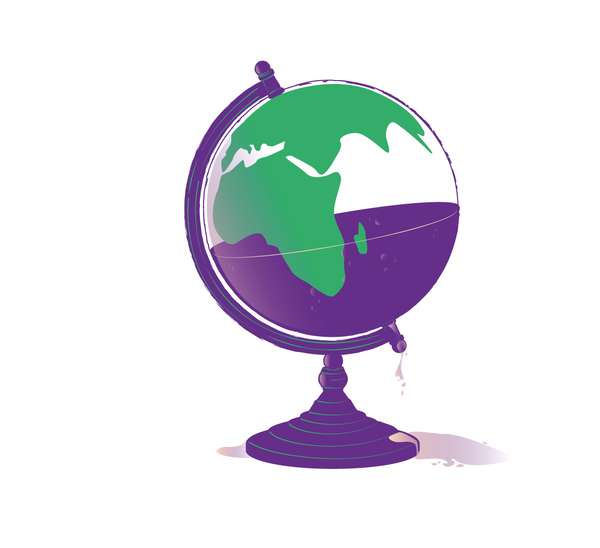 Back in the introduction to Volume 1 of this series, we stated: “The primary objective [of an architect] has to be to improve the environments in which we live without detrimental cost to the environment or our fellow citizens. The commitment of architecture to humanity’s needs has to be reaffirmed...” Two years on, as we looked at the hundreds of proposals submitted to the Future Architecture platform’s most recent Call for Ideas to select projects around which to centre this book, we were encouraged and excited to see that there are many young architects who clearly subscribe to this point of view and it gave us hope.

The root of the word apocalypse comes from the Ancient Greek apokálypsis meaning to uncover, reveal or disclose – which has nothing to do with ending, as most seem to read it. The aim of this volume is to deconstruct and remould the notion of “apocalypse”; to neutralise its drama and to reconsider what it means to live in an age of revelation. What are the futures that these young practitioners aim to reveal? What new prototypical mechanisms of resilience and survival are under construction as we speak? How will they manifest themselves in the built environment?

In many of the projects we looked at, two common threads emerged: 1) a rise in activism and political engagement finding expression through architectural endeavour, and 2) increasingly bold efforts to actively decouple citizens from outmoded political mechanisms and economic structures that no longer reflect the reality of the situation. These young architects are designing systems and structures not just for an apocalyptic present, but also for a expected post-capitalist future. What also became increasingly clear to us was that in the face of an apocalyptic day-to-day reality, when one’s world seems to be “ending”, hope and trust become radical acts. Many of the projects included here employ these aspects as core strategies, but root them in pragmatism, for example, forms of hope that acknowledge dissent and engage in constant negotiation or forms of trust that embed themselves through dispersed modes of organisation.

Apocalypse: A field guide to the future of  architecture opens with the section “Everyday End of the World” and an essay by the Croatian philosopher, author and political activist Srećko Horvat entitled No Future = No Architecture in which he argues that for many people the “apocalypse is already here”. It provides a lens through which to view the rest of the book and reflects the highly charged, highly polarised and inescapably political environment we are currently living in. Horvat’s essay is followed by the contemplative work of Bora  Baboci whose visual explorations of spatial belonging reflect another aspect of the mundanity of apocalyptic situations: being stuck, waiting or in transit. 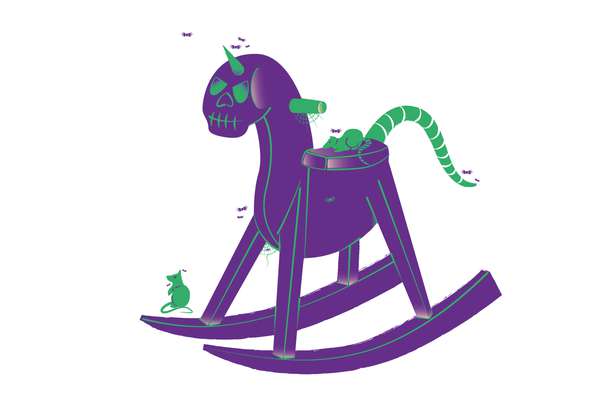 The second section “Adapt and Survive” starts to look at how we could approach some of the problems we are facing and is led by a thought-provoking contemplation on received attitudes to public and private space by Anastassia Smirnova, programme director at the Strelka Institute. In her essay Manufacturing Solitude: the revelation of loneliness reframed she talks about how the border between public and private spheres is being actively redrawn and the stance she as an architect is taking with her practice to actively respond to the human needs that result. In this section too, we find TAB Collective’s architectural tools to address and combat right-wing thinking and Maite Borjabad’s Scenographies  of Power project, which takes a critical view of how architecture materialises legal frameworks and political apparatuses through the medium of art and exhibition.

Hope, trust and enthusiasm are perhaps the hardest things to maintain in the face of apocalypse. But they may be our strongest weapons in the battle for survival. The “Radical Hope” section is led by a wonderful project by the Architecture  Thinking School For Children in Belarus which is founded on the idea – and hope – that extra-curricular education can play a decisive role in a child’s future development – with fantastic results. Here too you will find an illuminating and honest conversation between the curators of the Unfolding Pavilion, unofficially part of the 2018 Venice Architecture Biennale, and Space  Transcribers discussing their parallel experiences of trying to turn problems into potential when working with social housing estate communities in Venice, Italy and Braga, Portugal. Another project here by Symbiocene looks at finding new ways to make use of invasive plant species in polluted and degraded ecosystems, turning competition into cooperation. This section ends with a piece by &beyond’s George Kafka on another educational project: the Floating University in Berlin which, for a glorious, but far too long and hot, summer this year, drew people from all over the world to listen, exchange and discuss ideas on a temporary “floating structure inflated with radical hope” in the heart of Berlin. 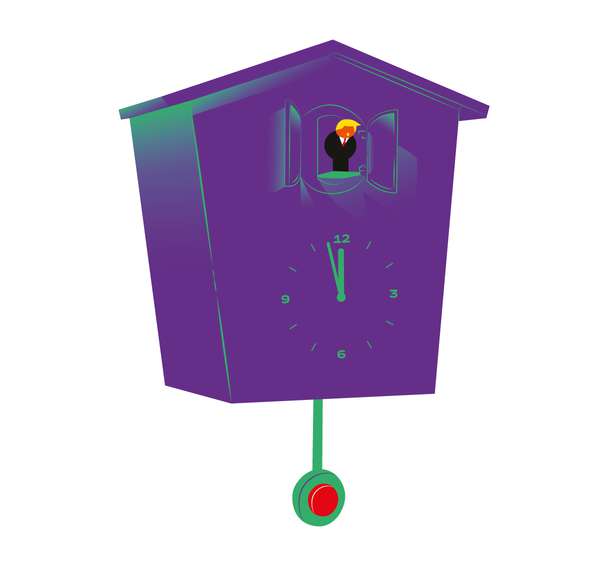 In the section entitled “Between Consensus and Dissent” we look at how dissent and constant negotiation can be viewed as essential resilience strategies relating to the commons, the local and the post-nation-state. We talk to architectural theorist Stefan Trüby about his headline-making investigations into the physical manifestations of “right-wing spaces” and he reemphasises for us what Srećko Horvat talks about at the beginning: “Autonomous architecture doesn’t exist; architecture is always, at the end, or maybe also at the beginning, a political project.” Here too Stefan Gruber and Anh-Linh Ngo of ARCH+ explain the theoretical foundation behind their excellent new touring exhibition An Atlas of Commoning in which they bring politics and confrontation back to the forefront of the architecture agenda. Drawing upon this, they present the historic notion of “sharing” without ownership as a basis for intercultural understanding in their text, Commoning  with a Small c. These are joined by two very different projects: The  Political Church, in which Martin Pohl looks at heritage as a tool for engagement in the context of a former church caught in the Balkan conflict, and If  These Walls Could Talk by the London-based interdisciplinary collective called RESOLVE, who investigated the idea that walls could be used to bring people together, rather than divide them.

Our section called “Progressive Degrowth” contains an illuminating discussion between Matthew Dalziel and Maria Smith, two curators of the 2018 Oslo Architecture Triennale and the originators of two projects from the FA Open Call: METASITU and Tania  Tovar Torres. Each initially felt they had completely different understandings of what “degrowth” means in an urban situation, but through their exchange found they had much to share with respect to how to look beyond a present fuelled by unhampered growth. This conversation is joined by a photo essay reflecting an investigation by Tinatin  Gurgenidze into the real-life adaptations to the shrinking city condition by residents of the Gladni district of Tblisi in Georgia. 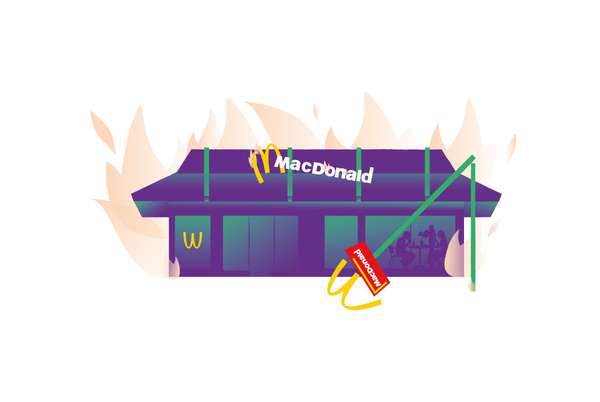 The last section in the book deals with the repercussions and potential of technological empowerment in “Interdependent Individuality”. Here we find a low-tech architectural tool set for mitigating indoor pollution using the properties of clay by the inspiring Portuguese collective Skrei, an intriguing model for an algorithmic self-organising housing structure by Tomasz  Broma, and a proposal by Jason Hilgefort and Merve Bedir for an Institute  for Autonomous Urbanism based on infrastructural “hacks” practiced in Shenzen. In Power to the Peer, &beyond editors George Kafka and Fiona Shipwright also engaged the creators of two related projects by DOMA and Phi in a Slack conversation about the distribution of energy and housing via blockchain-based platforms. Both groups are interested in the exploring potential of blockchain systems for the built environment and work at the intersection of peer-to-peer technologies, energy futures and speculative design. We are really looking forward to revisiting these projects in the coming years, along with many of the others mentioned above in the hope that the will be picked up and expanded upon: helping to empower communities worldwide to help themselves build a more resilient future.

Alongside the publication of this new Archifutures volume by dpr-barcelona, over the coming year (2019), the FA Journal will be featuring a number of articles and essays that can be considered as further reading along the apocalypse theme. It will include projects and stories selected from the FA platform call for ideas as well as interesting articles and from protagonists in other disciplines and our publishing colleagues. Happy reading!

Buy your copy of Archifutures  Vol. 5: Apocalypse and read more about surviving the future of architecture here. The digital version will be online shortly at archifutures.org soon! 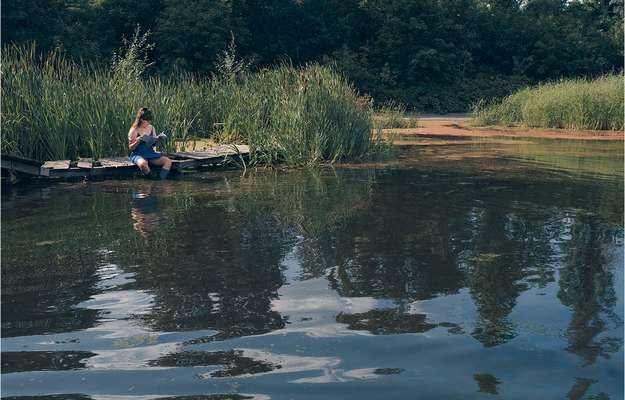 We are pleased to announce that we have counted all the votes and are now presenting you with the final list of 27 selected ideas that will be invited to the 2021 Creative Exchange taking place online in February 2021. 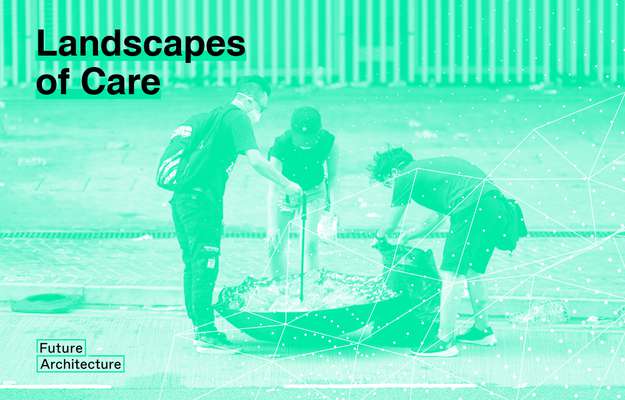 What’s care has to do with it

Designers, architects and urban planners are increasingly taking on the task of managing social and political issues of relationships, neighborhoods, energy flows, mobility, cultural heritage, identity and urban change, rather than just spatial and formal aspects. The theme ‘Landscapes of care’ focuses on a change of direction in the values, interests and priorities that drive architecture and urban planning. The ... 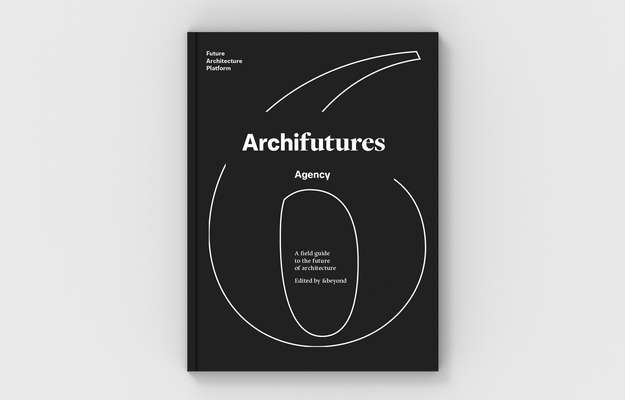 The latest publication in the Archifutures series:

Archifutures Volume 6: Agency, A field guide to  reclaiming the future of architecture is a call to action for architects, urbanists and designers. With essays, interviews, projects and original works by young practitioners and more established figures alike, this sixth volume in the Archifutures series for the Future Architecture platform is the most activist to ...